a relaxing space scene with some nice music by David Smith

revisiting one of my first game jams, Alien Terrarium.. not much happens.. simulation of a growing plant.. the idea being.. we are all stuck in quarenteen and lock-down, so here is something pretty to look at. … (downloadable version looks better) 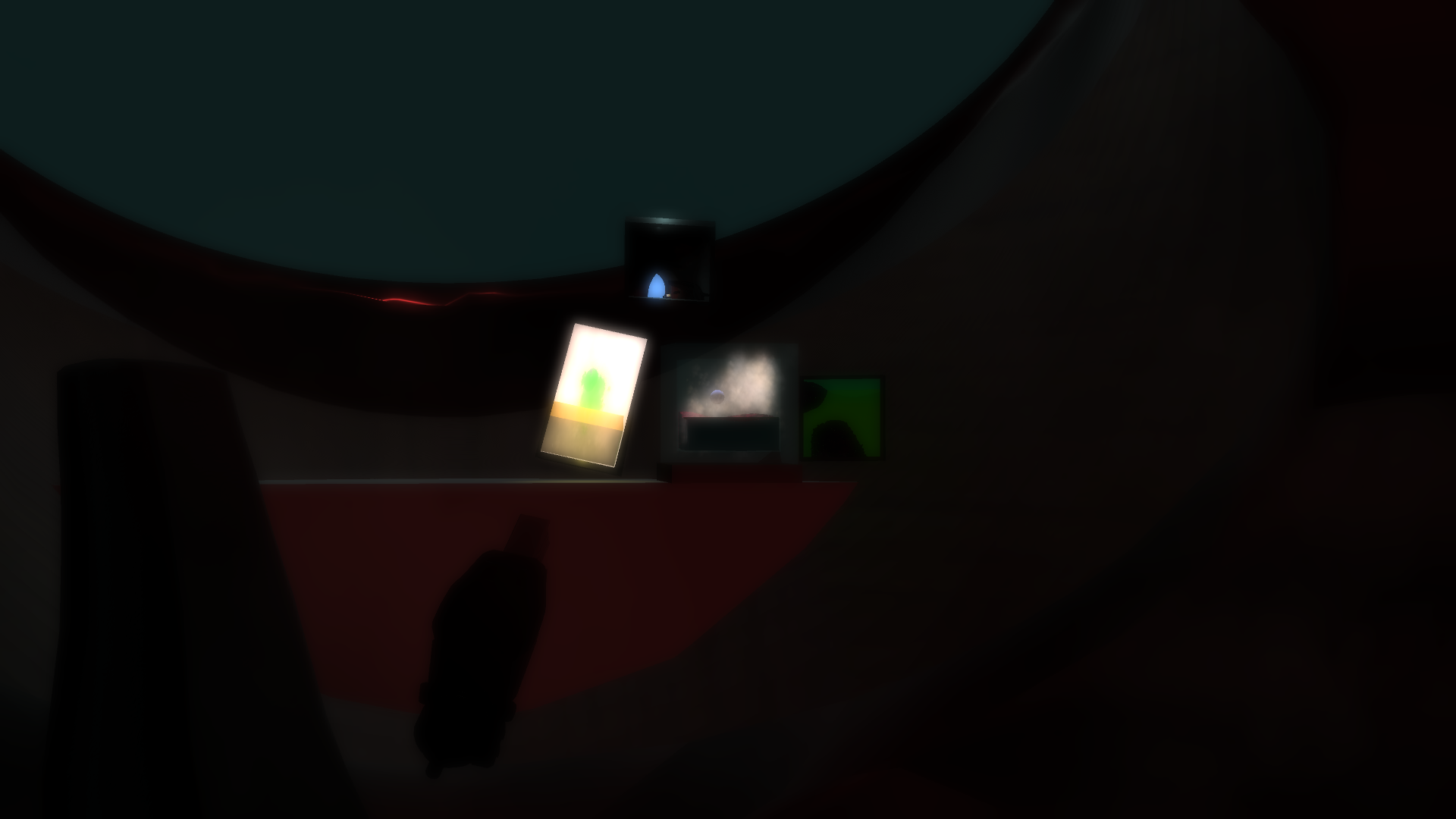 enough clues to find out what"

Speed controls, Plus, Minus, Backspace and the Pause button

Intended for webbrowser… just an alien plant simulator.. mostly a challenge to myself to revisit a bunch of older projects now that I know more about coding, and to see what I can do effect/lighting wise in a web browser..

Problems..  I'm getting some collision errors sometimes that I havn't been able to fix yet.. Mouse zoom doesn't work on Webbrowser version.

July 18th.. fixed several issues.. and now I think I can stop touching it for a little bit

EDIT July 17.. a day late, but I think I found what was causing that collision problem... so uploading a new version, calling it "final" so i'll stop touching it... next version, will have some interactivity.. like trying different atmospehres maybe in a couple weeks..   nope, still broken

July 16th.... barely done, barely in time..  some errors I couldn't fix.. and a crash I couldn't solve that sometimes happens.

darnit...got some collision errors that keep cropping up.

July 15... added some little items to clutter up the scene, but not too much.. just setting the mood and trying to get rid of the graphical errors in the webbrowser version.. I need to change the "switch cameras on spacebar" command to a mouse click.. some other things need doing..

taking a break from a big project to revist game jam 119.. Alien Terrarium.. I just want to make it look nice.. and improve on the original script. made a nice looking wall, threw in some stars and put the terrarium on a little desk... now looking at those script I wrote 8 months ago

old version of Alien Terrarium.. works better than this on in some ways 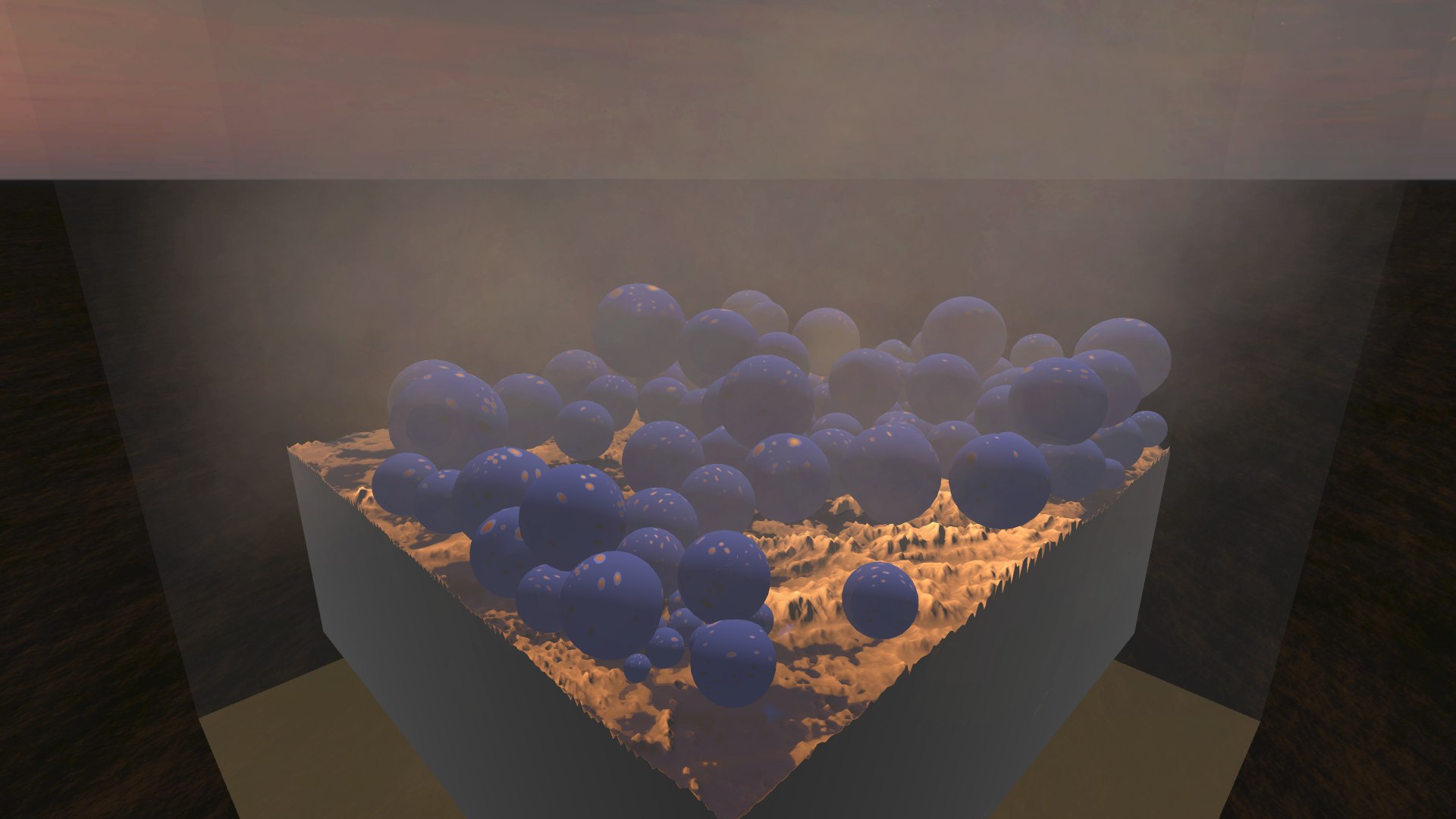 Interesting idea. I found myself reaching for the ability to navigate the scene more and take a closer look at everything :)

in the long term, I'd like to have a whole well thought out "crime scene" like a detective puzzle, and the viewer could look around, and examine stuff (I should just call it "ENHANCE!" and make it like a BladeRunner ripoff).. hmmm....

but yeah, no interaction, it's a continuation of this guy.. just a pretty picture to look at on screen.. but at least this one had some interactivity, Player can rotate the ship 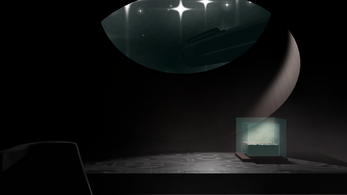 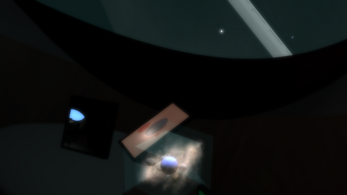 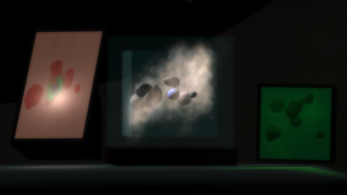