OOPS.. forgive that stupid asteroid.. (it's just for target practice, so thats why it's not relocating)

I'm trying to narrow down the game play to it's barest elements... so right now it's just a game about .. oh crap.. i just realized.. it's a game about taxation of the outlaying regions.. well, it'll get more exciting, later on.. been working on the game 2 years, while I'm learning to code, I figure it will take another 3 years to complete.. and then, I'll be ready for my "40K dream game"... one where the Player is one of the Lost Primarchs. 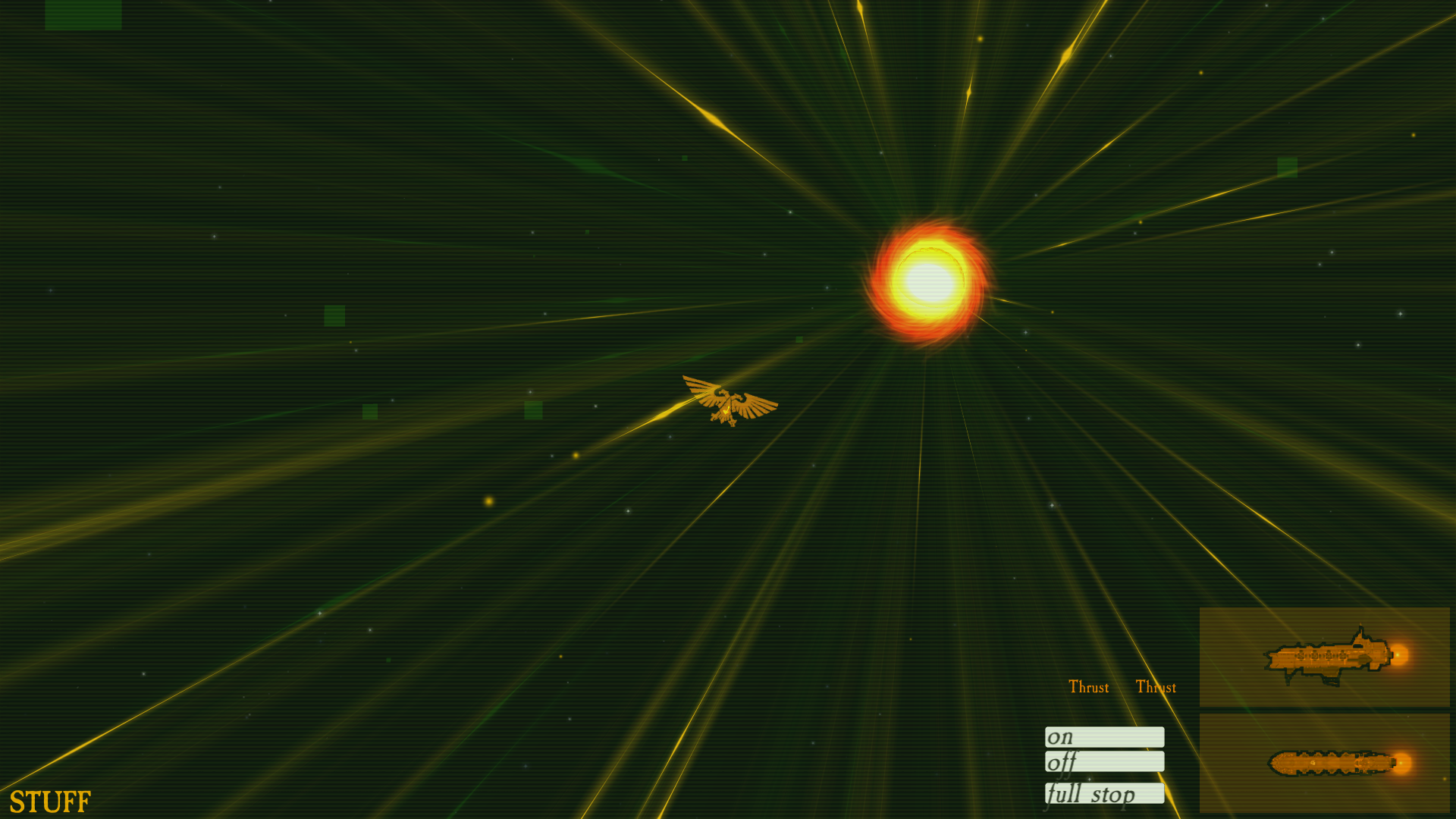 working on simulating spacemarines (I eventually want to be able to show an entire Chapter on screen, so please excuse the crappy graphics) .. but Spacemarine/ground combat part of the sim is here..  https://derrickmoore.itch.io/loasm

Oct 29, uploading a new version. there is still 2 major errors.. the "bump" and a few other graphics issues.. but wow, what an intense week. I am so happy to find a work around for the floating point error.. I'm going to work on some Planet stuff for a bit and then return to combat.. (basicly i'm gonna do a game jam, remake some stuff, then make combat)

Oct 26.. getting the basics of shooting in.. there's stil an odd bump when the world resets. lots of stuff to do, but it's getting there.

Oct 25.. new upload.. looking nice.. below is looking in "warpsight", we see the huge bloom from the ship and it's engines.. and.. (i guess its not using it's warp engines in normal space.. I'll have to fix that, so the flare only shows up in actual Warp travel)

Turrets are in, and move and track a bit.. but still no shooting.. and there is still a "bump" when the world resets.. 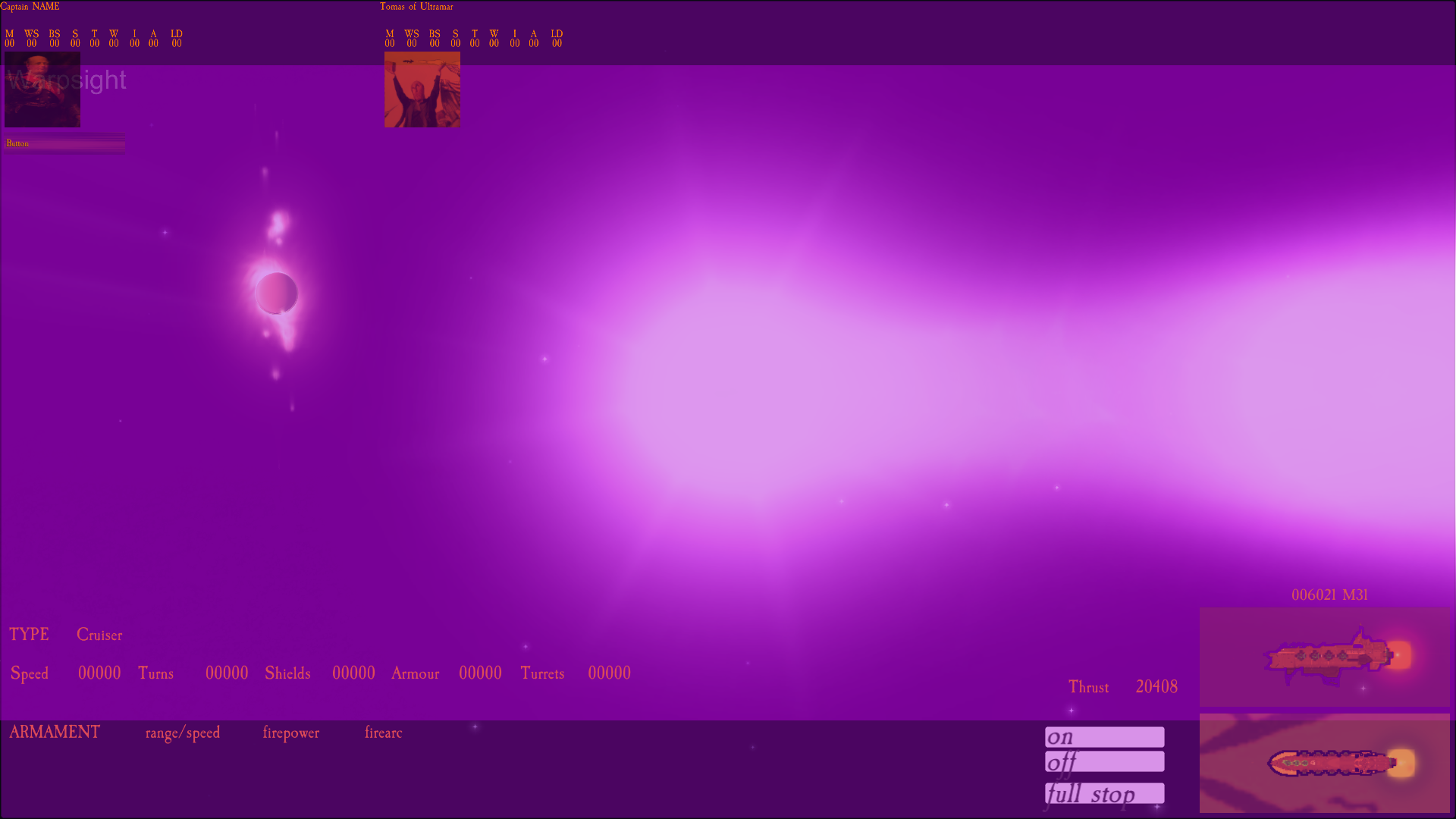 Oct 24.. spent the day just prettying things up.. instead of working on combat.. the "world reset" is getting smoother.. I still got a typo somewhere, cauing a bit of a "bump"

There is still a "bump".. when the world resets itself (I'm gonna fix that, but it happens every million miles or so.. just ignore that until I can refine things.. )

Simple Battle sim.. just 2 planets, 2 moons, a sun, and an enemy ship (plus maybe some asteroids and other random stuff).. no combat yet..  working on that.

hoo! got the float point error mostly fixed.. slight "bump" as world resets itself.. I've got some kind of error that's causing gravity problems.. or lack of gravity.. work in progress.  but everything is running better. fixed that wierd issue with the canvas going all wonky at the edges of the solar system..  enemy ship movement is in.. (they have a couple tactics.. one of which is "attack out of the sun".. but no shooting yet.. I've started making the destructable components again , like guns, the navigator's seclusium, etc.. gotta do some research and make a big list of possible components.. the plan is to kinda make each ship a little different, unique.. 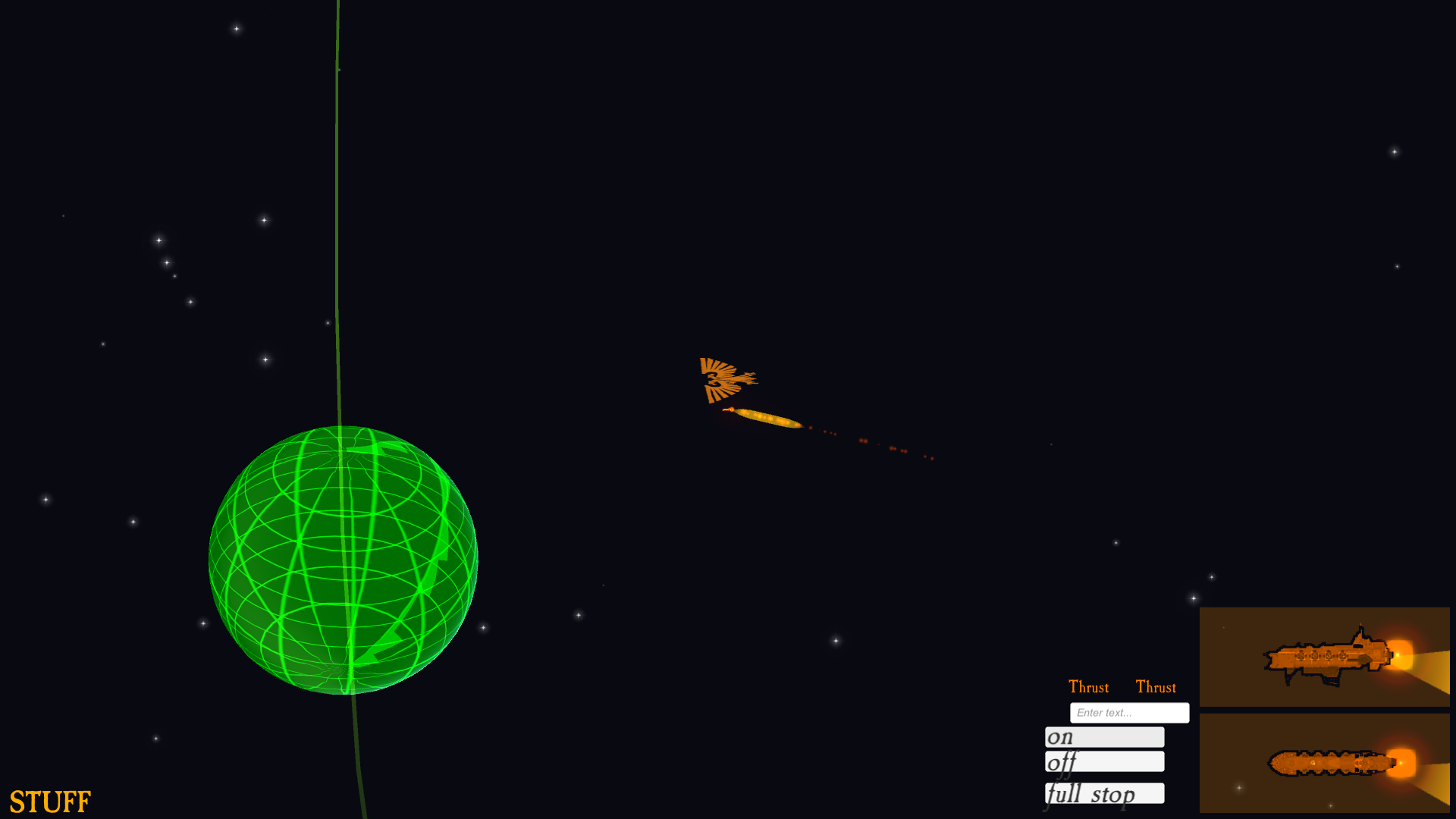 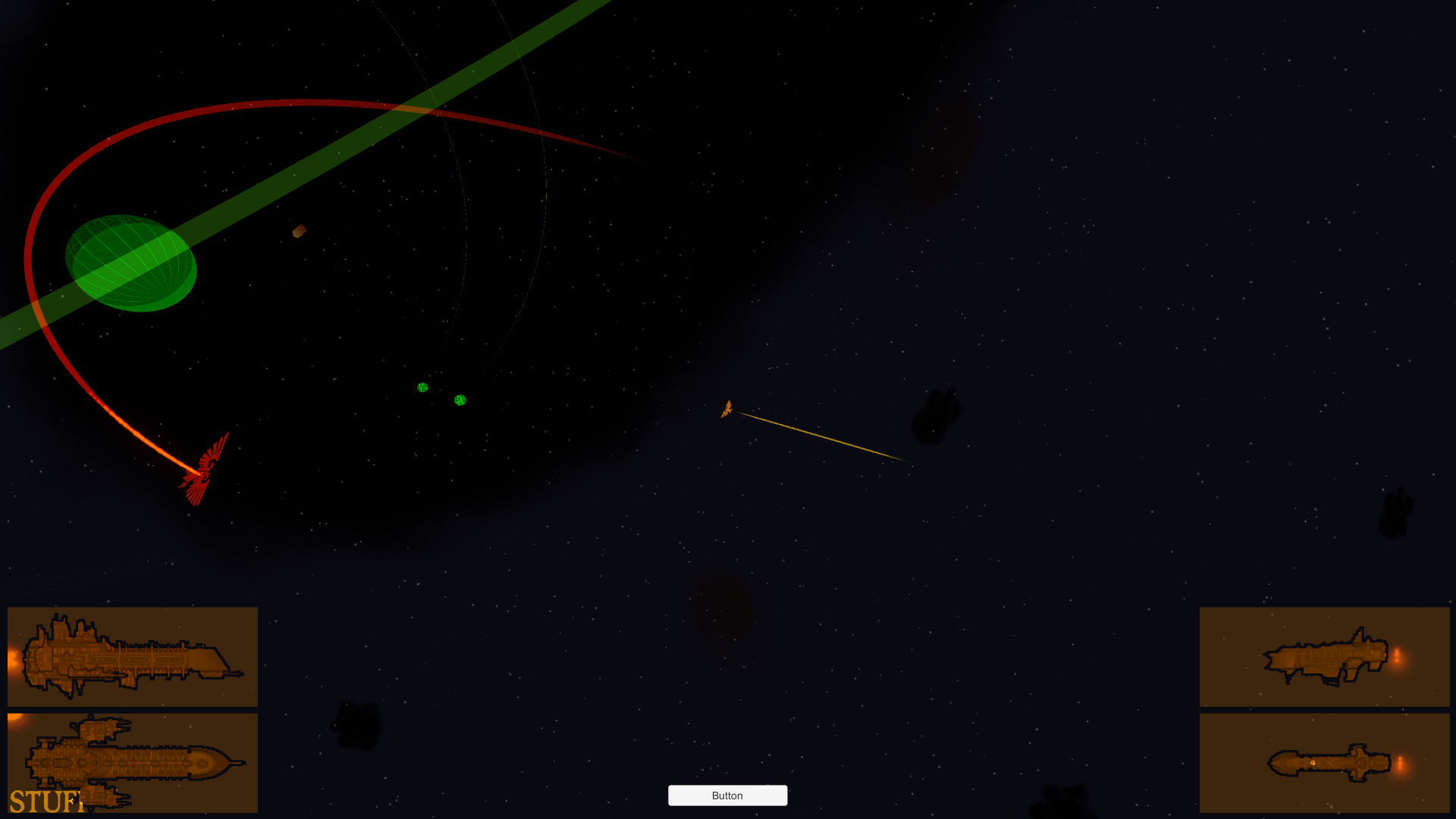 Oct 16th  experimenting with giving the voidships some "drag".. makes some thigs easier.. but breaks too much, and makes orbiting a planet impossible.. but makes battles much easier to manage.. maybe i'll just make an "inertial dampener" button.. hook it to a component that can be destroyed.

working on planets.. got some collision errors, got some physics errors and the canvas goes all wonkey.. working on that.  Uploading a new version with a test battleship and a test spacehulk.. playinga round with gravity, etc..

Oct 15th.. remaking planets and solar systems from scratch.. really just looking at the scale of the planets.. and I want them to be about to scale with the ships, and have some moons in there, not too far away, not too close.... but not exactly realistic distances, becasue it's Warhammer, so more extreme stuff.. 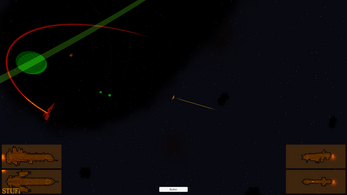 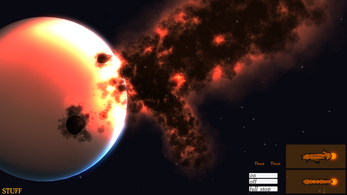 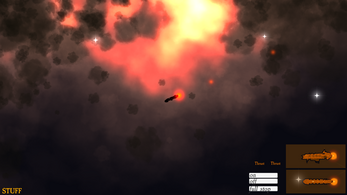 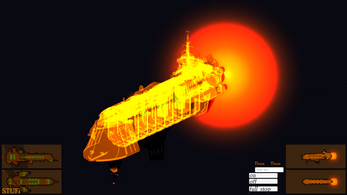 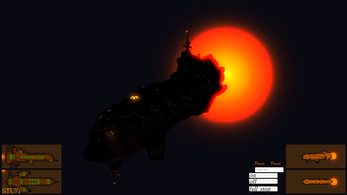 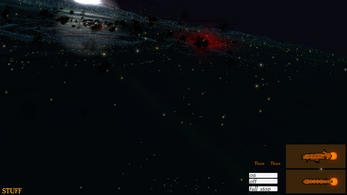 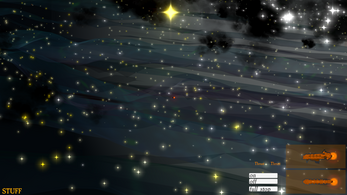 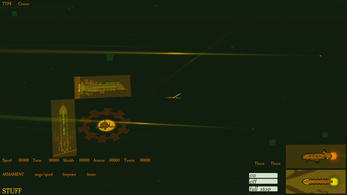 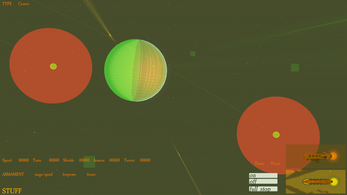 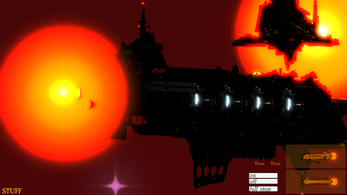 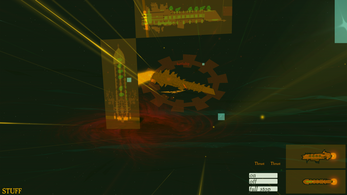 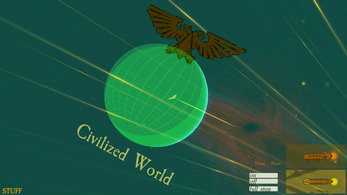 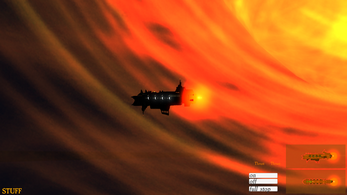