think "Oregon Trail in Space", but it's entirely in Klingon

WAsD and F for ship controls.. others.. hit Y.

goals.. Have a screen at the begining of game where Player can outfit their ship with crew, shuttles, etc.  and work on a "treasure map" mini game.. and fix alot of the language errors and get the entire interface translated.

Right now.. there's not much going on... no real gameplay.. but it will help you learn Klingon, especially the numbers.  It SUPPOSED to be "Oregon Trail in Space".. but it's nowhere near there yet..

oops.. some of the on screen instructions are wrong... (consolidated all map data to being on screen at once.. so ignore the 6 and U keys)

Day After the Jam.. started working on some enemies

Oct 8.. finishing up a few last minute things for the game jam.. I'm very happy with the progress on it this week, learned alot and feel I reached my goal. ... still needs combat and 10,000 other things.. but its comming along..  (another few game jams and it'll be done)

Oct 7.. working on the interface and doing the English to Klingon translation (with alot of help from the Learn Klingon group on Facebook. got the basics of the "treasure map" in...  gonna try and cram some arcade combat tonight

Oct 6.. Finally got a way to add crew .. very early stages, but it's getting there. Eliminating most of the English words...  still needs a way to add officers, and shuttles, etc... and stuff to do. 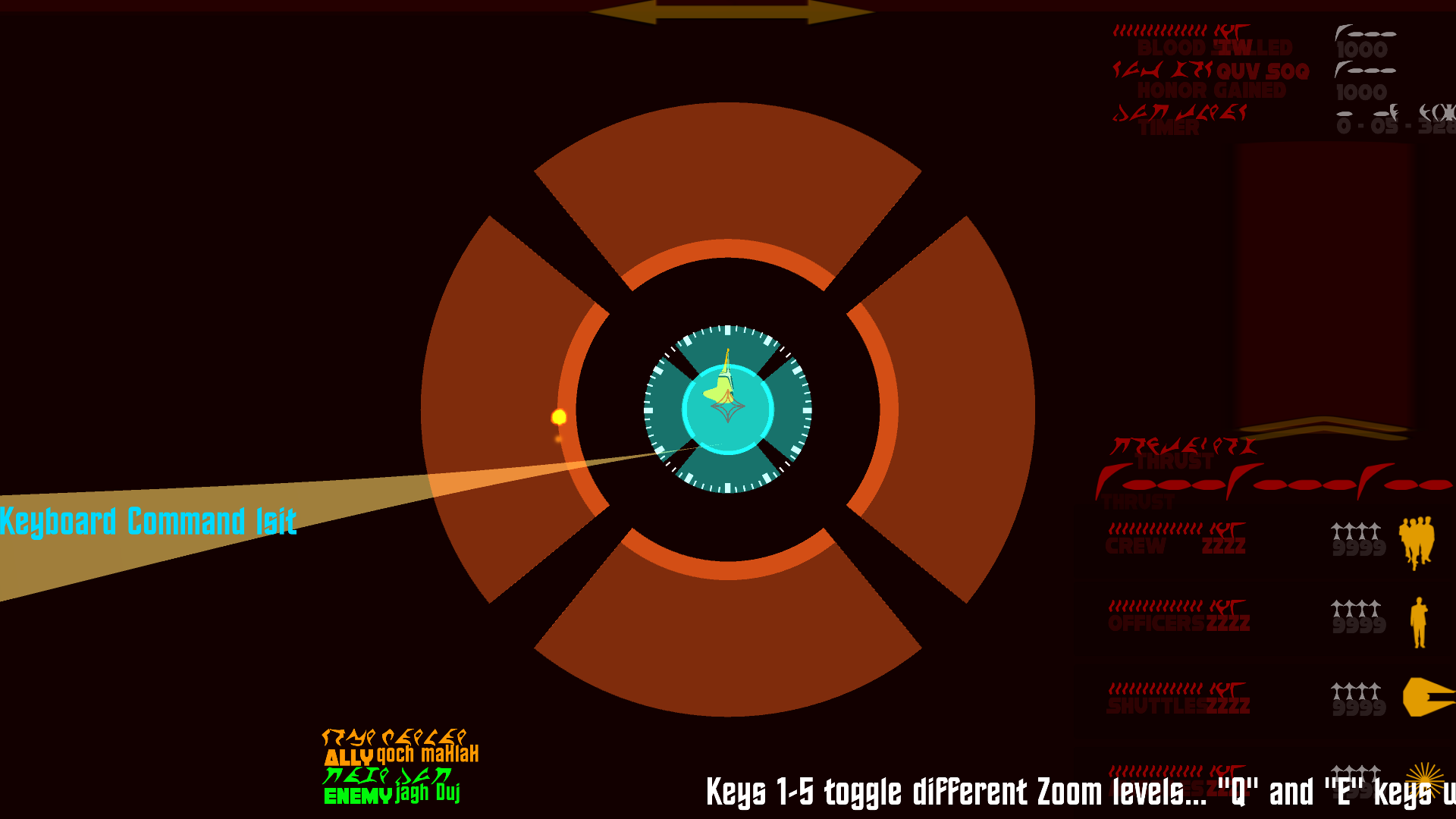 Oct 5.. working on the interface.. getting variables like Crew and Honor in.. working on getting the canvas in, with options for different kinds of planets.. (actually, I'm working on trying to recruit someone to give me a hand with the game design this week)

fixed loads of errors, refined a few thinsg.. and stripped the game down some..

Orktober 3rd.. havnt updated my Klingon game in months, and I've learned alot since then.. and the theme this week for the Weekly Jam is nice and gave me a good idea..

so.. gonna try and upgrade the game, maybe try and add some gameplay.... BUT... a treasure map.. that would be fun.. send a landing party down to the planet to hunt for treasure.. I think that's my goal for this week.. add "treasure hunt" to the game.. (which has no gameplay, and I cant even remember if the weapons work) 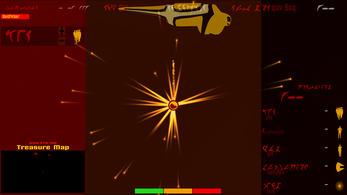 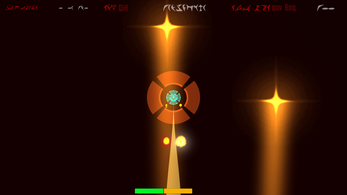 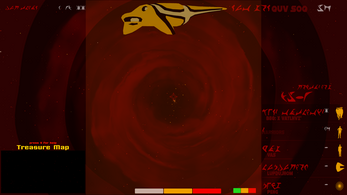