what done? not much... start at a random location, go find Terra..

controls.. such as they are.

Home/End keys.. kinda tab between players "home sector" and Terra.. good for tracking fleets to Terra and back.

Plus/Minus and Backspace are time controls (Plus/"=" key for "normal" time mode.. should take 800 hours to get to M41 at normal speed)

all the F-keyes toggle map layers for the selected unit (right now, just that Flagship), so f1 is a local galaxy map, f2 toggles tactical info, f3 toggles "warpsight" which you will need navigating through the Warp... because thats a big part of the sim, just knowing where Terra is

//removed for a bit Spacebar to increase thrust.. WASD, arrow keys and Q&E to manuever

Minus, Plus and Backspace for speed controls (backspace is x20, so be careful with that one, and minus is 1/10th speed.. should take 800 hours to get to M41 at normal speed)

and here I am painting some 40k minis and talking about fangame.

otherwise I just refer to here, previous big update (focusing on eliminating that floating point error so that the spaceships can be to scale with the planets) hereBattle o'er the Barren Moon by DerrickMoore (itch.io)

july 27.. some minor fixes made

Jan 5th,... Fangame update.. Had alot of feedback from "Barren Moon" and made some changes.

Galaxy map.. nothing else... move around the Galaxy with Arrow keys.. about a 150 meg download

Jan 7th.. making a prototype set of "cards" along the top of the screen.. the plan is to have those cars activate and deactivate various units in the game..  right now there is just the voidship...

Jan 17 .. slow going all week.. but its getting there.. still only the galaxy map, really... but made alot of improvements and imported planet system Id made earlier..

Is this based off your earlier work of Journey to Terra?

yes, each version is a little closer to what it shouod be.. and usually has a big step, or problem solved.. like, having "planets to scale with the ship".. the planet is like 13000 times larger than the ship.. because i want planetary bombardment and stuff.. but had to w9rk aroubd alot of issues to get it to work..

The current project im working on, simple 2D side scroller, is really just me learnibg how to do Space Marines in the game..

But yeah.. Player is on a flagship, has an fleet of some sort, and starts with 100 marines.  That seems within my capabilities at the moment 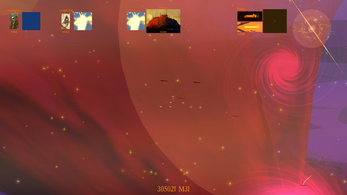 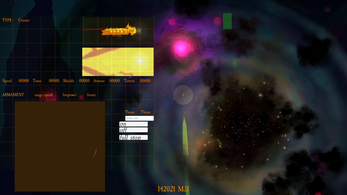 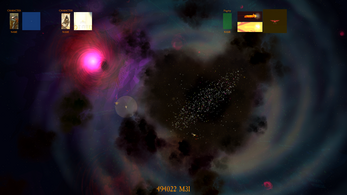 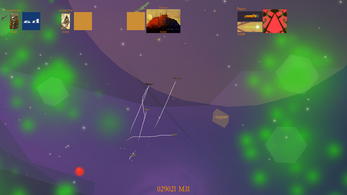 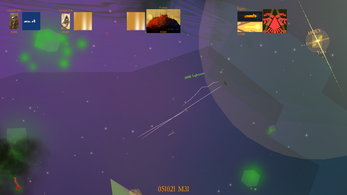 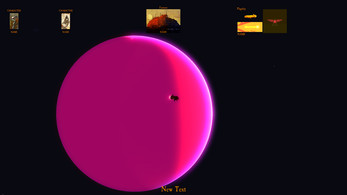 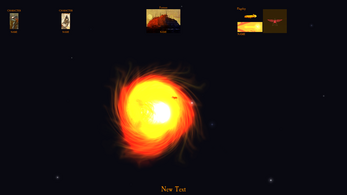 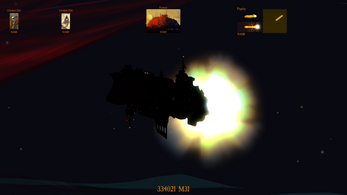 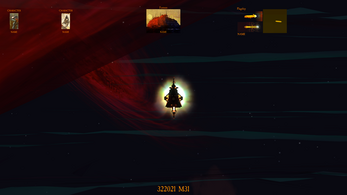 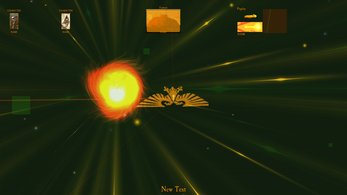 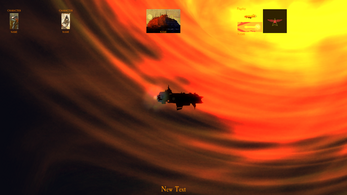 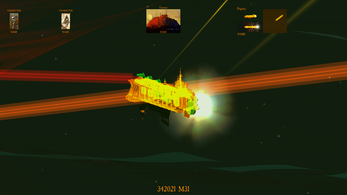 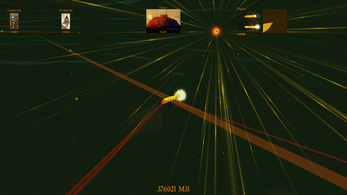 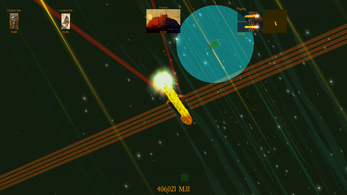