its a concept that i've been working on for 2 years now.. retro style space adventure.. and I'm not much of a coder, but remade the whole concept again from scratch .. about the 4th time I've done this, and always gotten to about the same part..

Up Arrow: Ignite Rockets, (thrust dependant on "Atomic Furnace" value, so mash that UP button 5-9 times to get started)

END key: get out of Rocket

Time controls: Plus, Minus and Backspace and Pause keys will change Time speed

Plan.. Player gets in Rocket, Flies to random dungeon, gets out, explores center of giant space wreck, hits the "self destruct button" and gets out, returns to rocket and lands back at the spacebase..

Done... made some test worlds..

Download version all the way at the bottom on page

Day AFTER game jam... Uploading a new version, basicly just a title screen, just can't stop working on it... but next week, I'm thinking of doing something with no graphics at all.. maybe.  I updated the Download version.I'll keep the WebGl version the same for a while. . gave it a title screen,.. character plays better.. still needs alot of work..

game concept from 2 years ago .. i think it's fun to see how the idea has progressed

and from last year 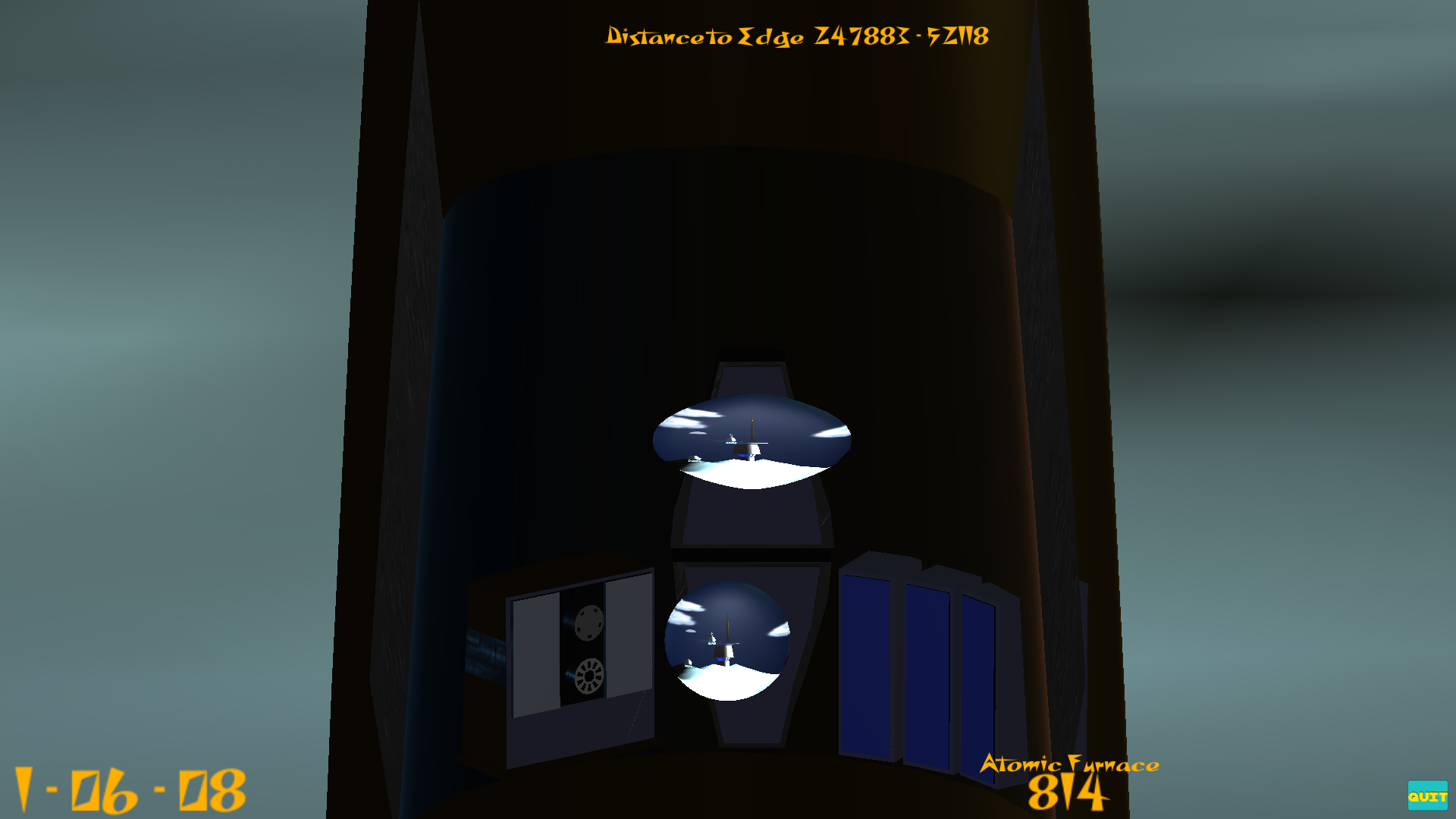 Day 6 Sept 10th.. did not get everything accomplished that I wanted.. but there is some stuff to fly around and explore.. cant' pick up anything or get killed..  Lots or errors... only did a half assed job on most of the colliders, animations are not working, lots of details missing.. and I'm not happy with the "maze" yet.. but I'm really happy with updating this project from last year.. maybe next year I'll have it all working. 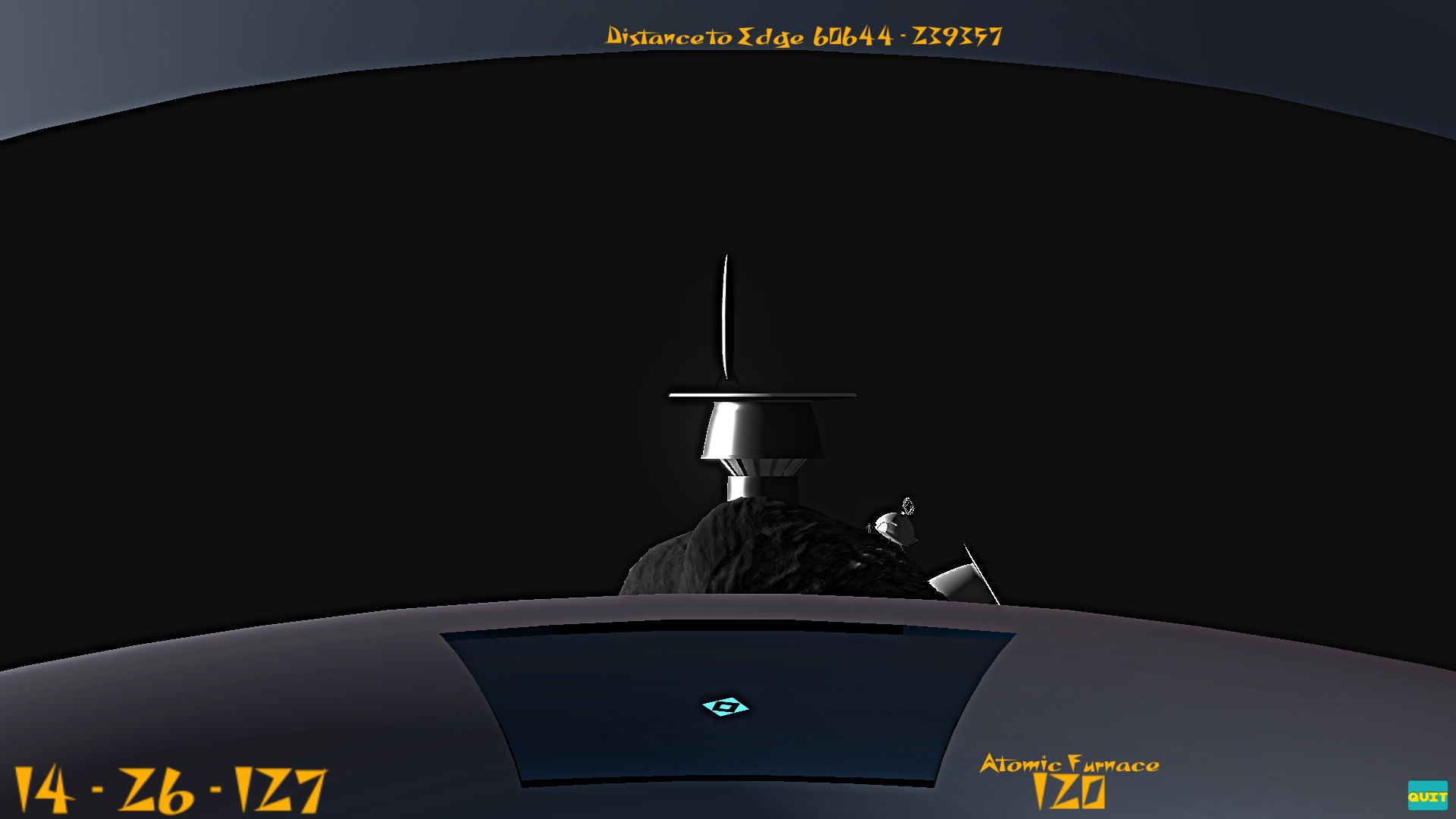 Well.. I got a character controller, and it mostly works.. from the Rocketship the Player can hit the END key to get out of the Rocket and explore a bit.. started expermenting with ways to make the maze..  No animation yet on any of the characters.... saving that for a later day

Sept 8th day 4..... I hate the fact that I made a Sun that orbits it's planet... (I said i'd never do that... ).. experimenting with adding the slightest bit of color. procrastinating on making a charcter controller, and enemies. 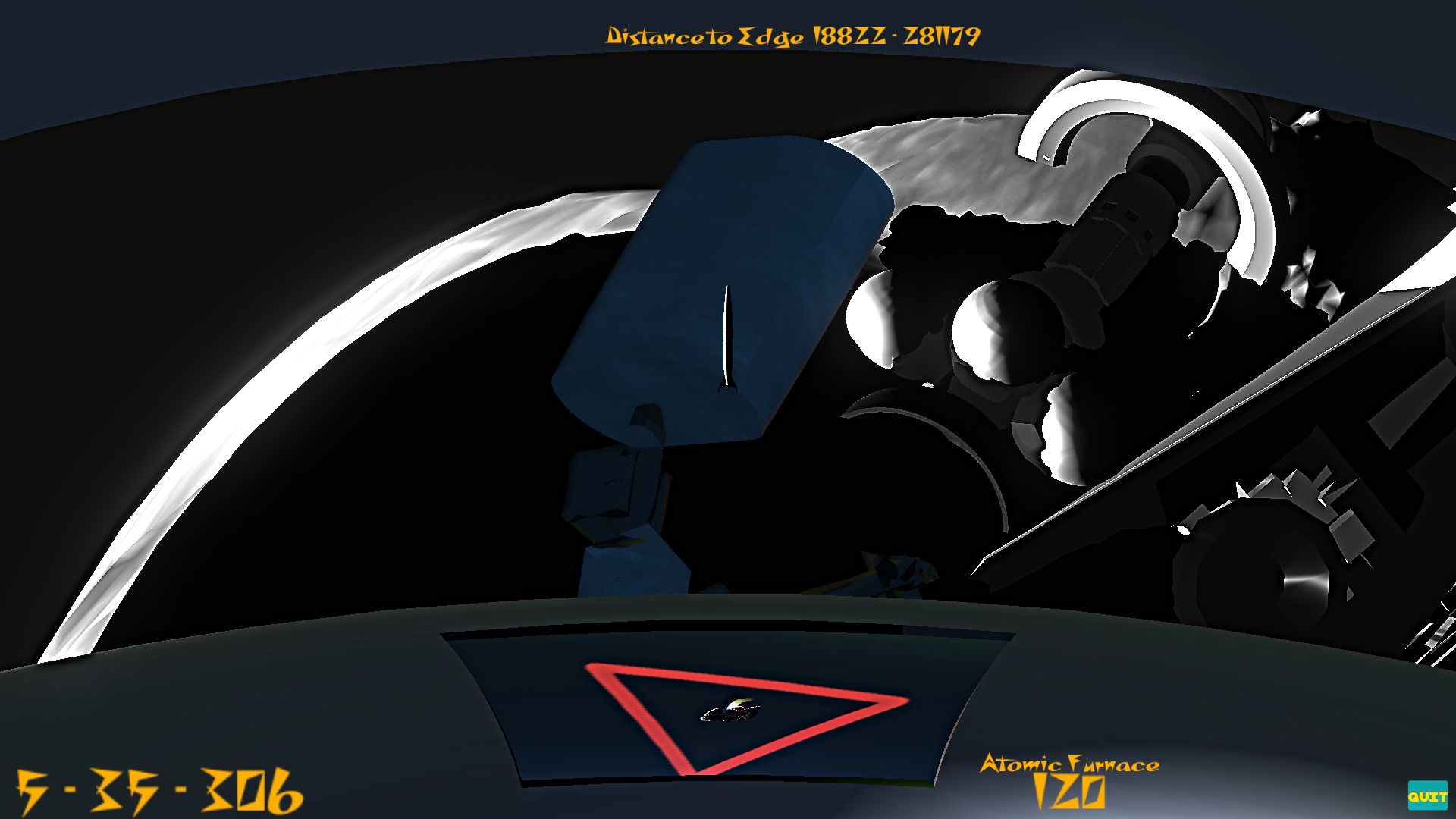 added a simple "dashboard".. hoping to make that useful and interactive... (still procrastingating on making a character controller.. ) 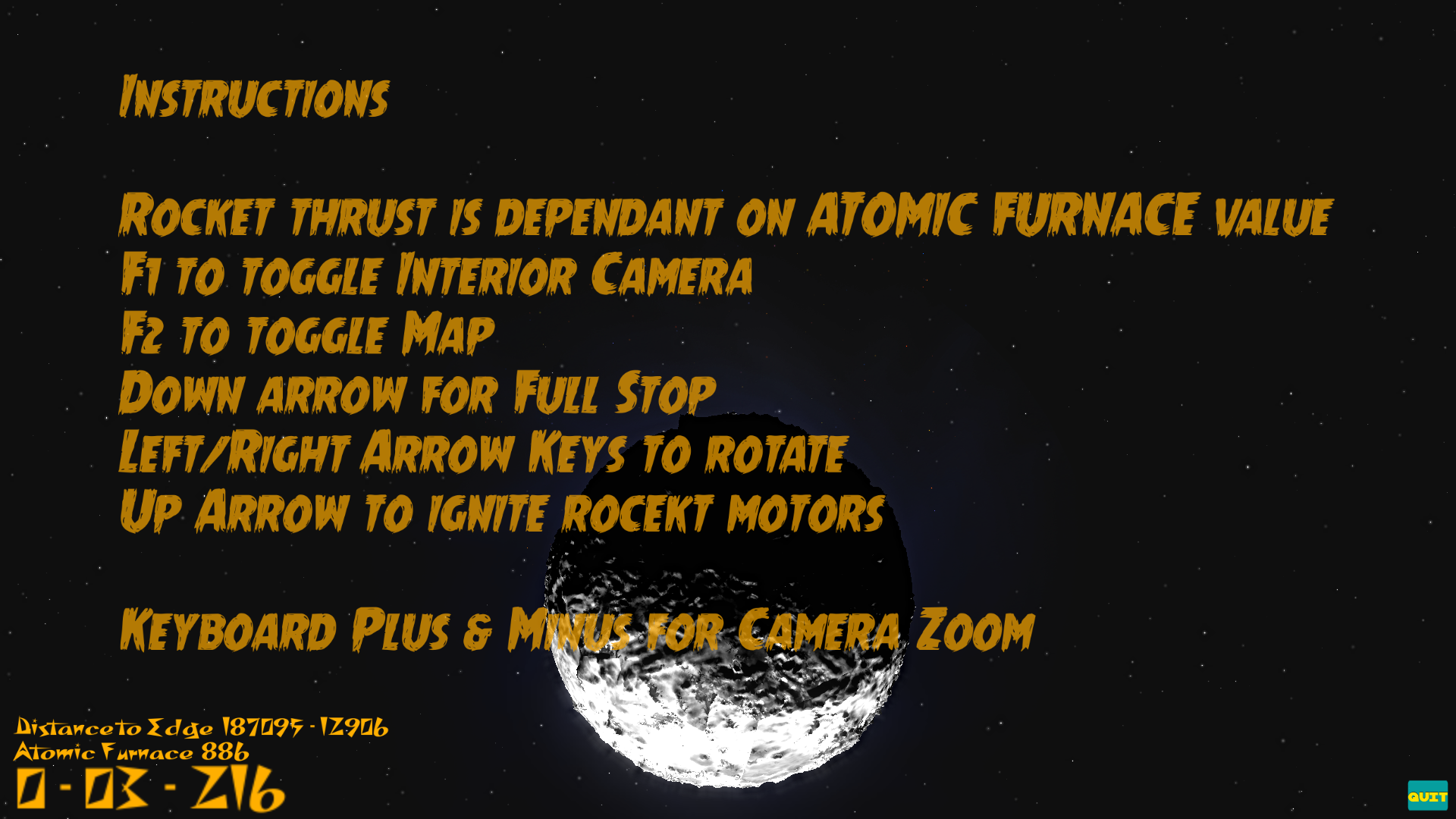 refined and fixed some gravity problems.. made a "galaxy map" that automatically loads when player reaches edge of area... and added a text to the screen to show player how far from edge they are...

refining "atomic furnace".. which controls how much speed the engines give.. tapping the "up arrow" a few times gets the engines into the proper "gear" 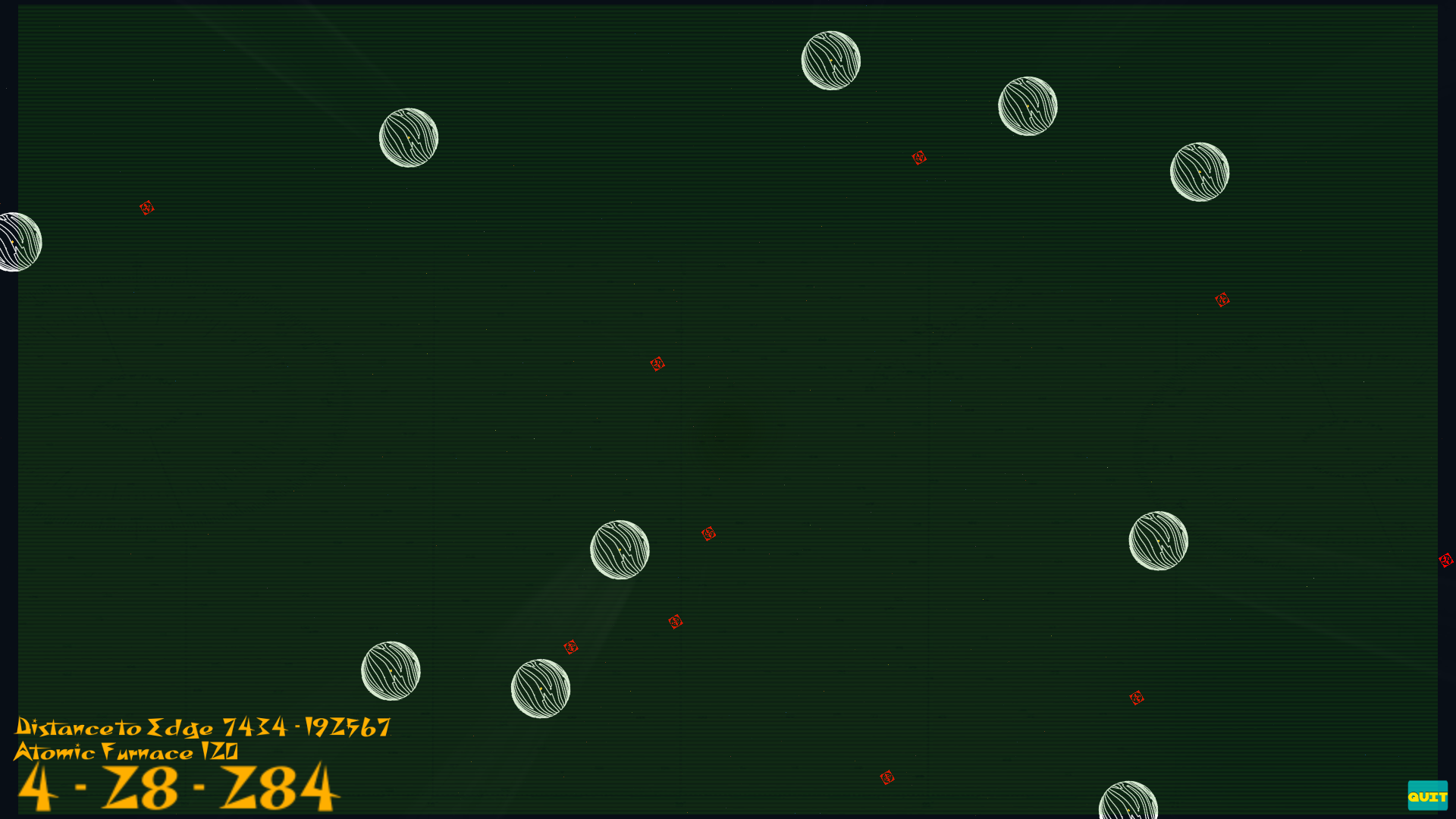 got the basic universe recreated.. just need to populate it.. getting a werid issue where the "gravity" object seems to slide around casuing wierd physics. 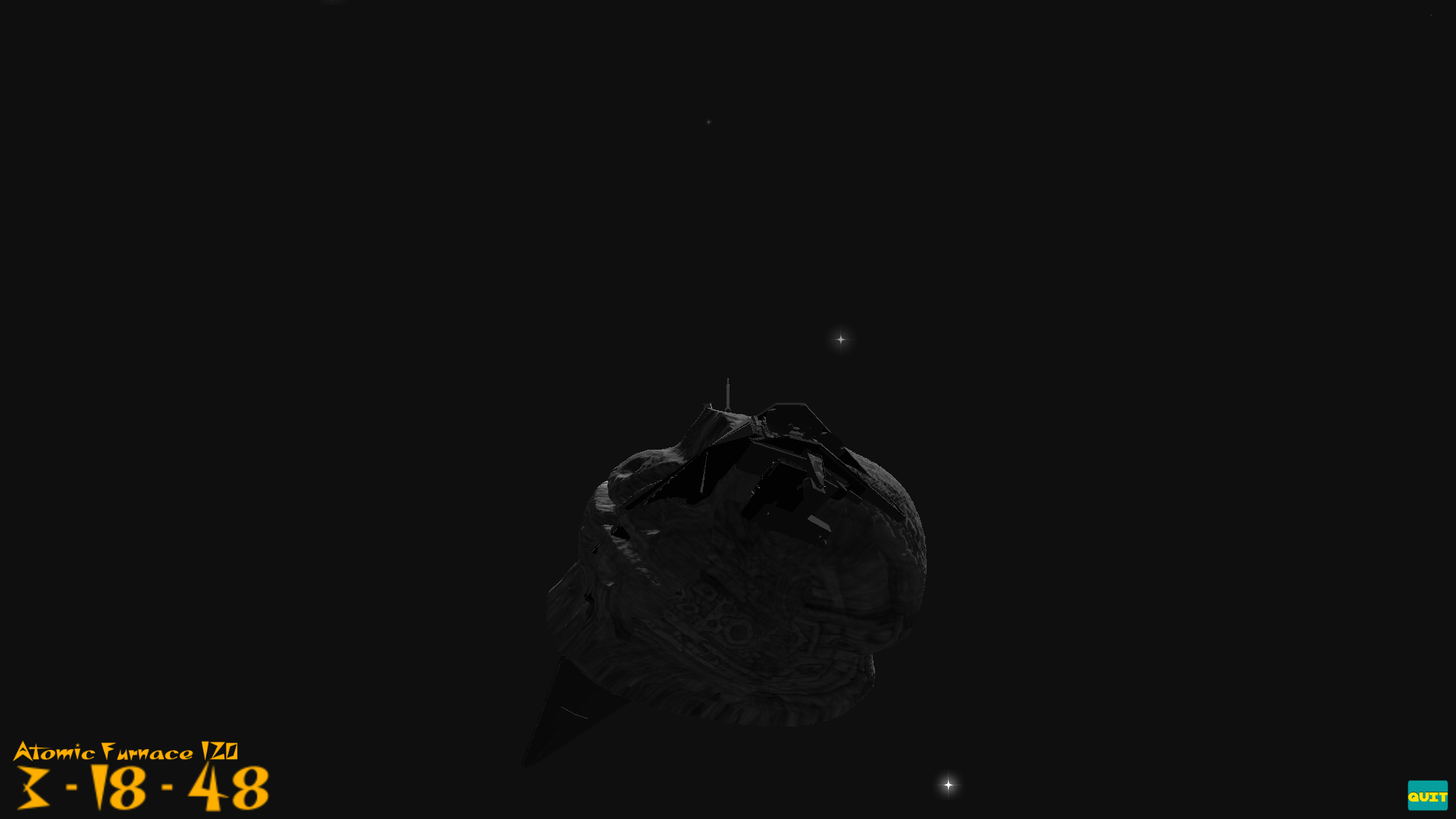 made for Game Jam of the Week 165.. want to do a retro sci fi adventure...  starting with an unfinished idea from Week 117, and wow, that was when I was just starting to code, so spent about a day fixing errors etc.  Im gonna go for something like Major Havok.. or Space Hawk..

BUT...   it barely fits the theme.. "one button mash" ....  in Major Havok, at the end of the Maze, there's a reactor, and player hits the button and reactor explodes.. 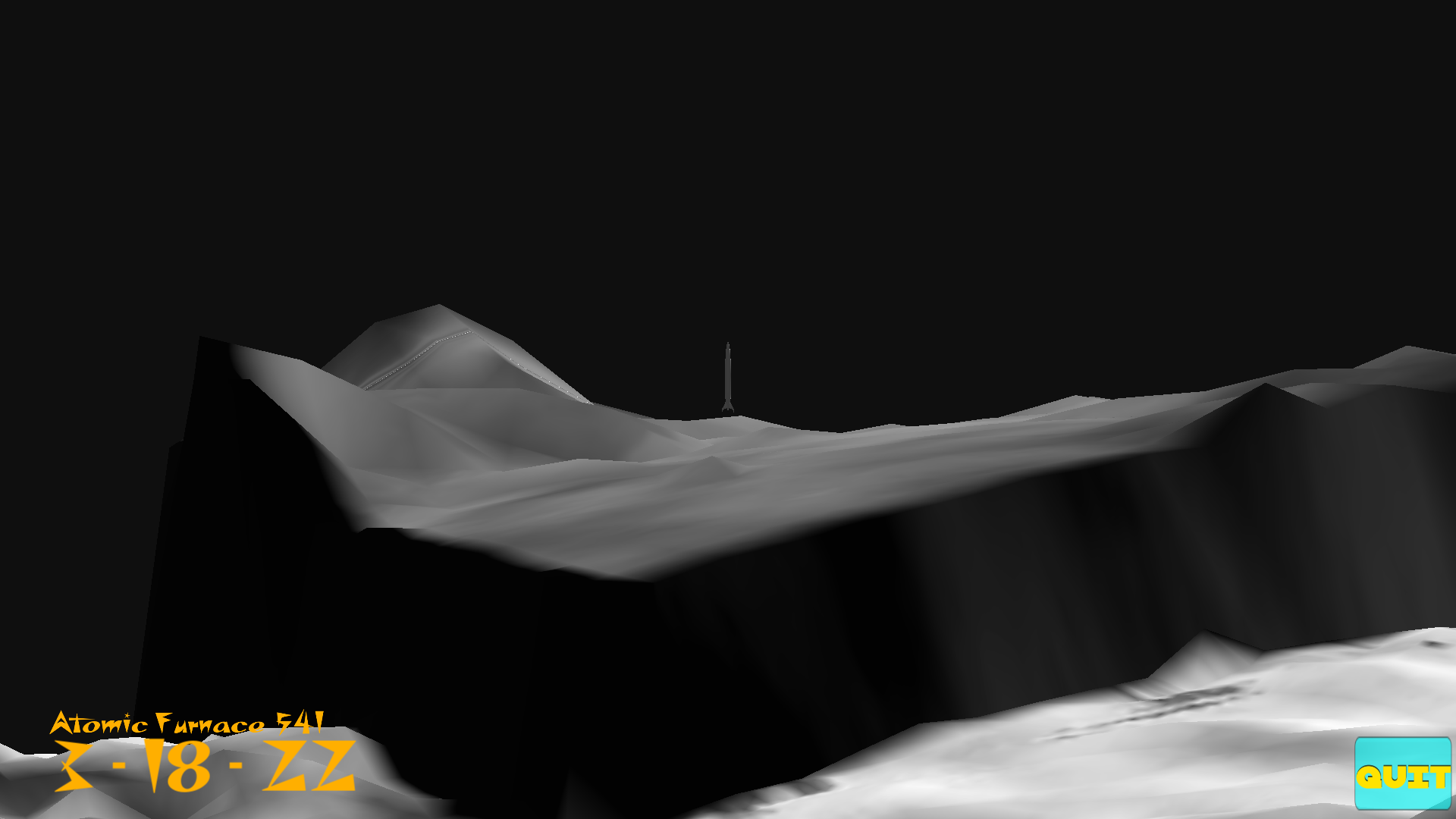 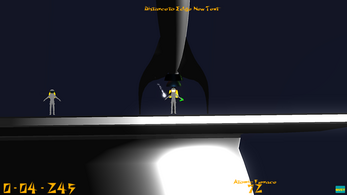 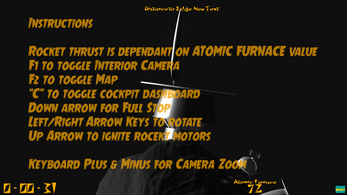 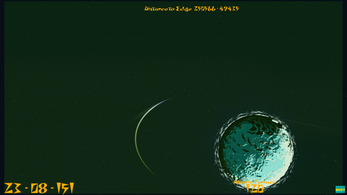