stuff not done yet..

ET cant eat or pick anything up yet.

Based on Howard Warshaw's Atari 2600 classic, ET must find and assemble the 3 pieces of the space-communicator without running out of energy.. ET must avoid the Scientist and the FBI Agent who want to take ET to their respective headquarters

Red FBi Agents are hunting ET by following the "clues" ET leaves behind (the flower)… if they touch ET, they will carry ET back to their Headquarters, wasting ET's valuable time.. Agents are attracted to "clues" and ET

Orange Dr Scott wants to help ET, but is misguided.. and will  take ET to the clearing, Dr Scott is "attracted" to the 3 communicator pieces and will lead ET there.

Green Elliot appears at his house in the middle of the map to help ET, Elliot is afraid ofand wants to avoid Agents.

ET must eat to keep his energy up, I'm working on "food" at the moment

When ET has all 3 pieces, and is at the Clearing (circular area of trees, the music comes from the clearing to make it easier to find) the UFO will come down to pick ET up...

Day 5... I've missed the Weekly Game Jam deadline (again).. I'm having problems setting up my collisions.. but I'm just gonna continue on next week working on this.. got a lot to do.. I don't really want to update the version here, because its at least nice looking, until I get the collisions issue sorted out.

Based on Howard Warshaw's Atari 2600 classic, ET must find and assemble the 3 pieces of the space-communicator without running out of energy.. ET must avoid the Scientist and the FBI Agent who want to take ET to their respective headquarters

Day 3, doing some marketing research.. I want to include a disabled person as the Scientist, but I dont want to be insensitive about it..  working on giving everyone some distict behavior, but... they move kinda "jittery" at the moment.

Day 2, added in some basic (non-hostile) enemies, made some art.

I now have 3 NPCs.. Elliot, who wants to follow ET, but wants to avoid the Agents

The Scientist, who wants to find ET and help him (the Scientist in the original game, really wasn't too different from the Agent.. so here I made them have very different agendas.. once ET has all 3 pieces of the communicator,  Dr Scott will give him a ride to the "Clearing" where the mothership is gonna land.

The Government Agent wants to put ET in a labroatory

Elliot and houses create "food" which ET will eventually be able to pick up and use for Energy.

ET can enter houses, but the Agents and Dr Scott cannot, because they don't have a search warrant and no Judge is gonna give that Agent a warrant to look for extraterrestrials.

Day 1, no animations or anything yet.. just exploring the world.

I tried the game and I'm aware it's something early but just wanted to bring these points up:

While pretty cool on it's own and I do hope you work on this more soon the controls are oddly slippery in ways I'm not really sure how to further explain, my guess is you're using a rigid body and add force to move the character? (if this is a stylistic choice then rad, I just thought it was a bit weird that a game based on an Atari 2600 game felt like how it does)

Being able to zoom in and out is neat but you can zoom in to the point that the map reverses and out to the point where you are a pixel.

I noticed in allot of your games your UI doesn't scale to the screen size, this can actually be fixed rather easily (it's a toggle on the UI canvas)

There also seems to be no way to replay the game without reloading the tab once you go into the game over screen.

If you'd like I would be more than happy to give you a hand with these kinds of games- at the very least giving you the code you can learn from and improve (Unity's scripting can be really hard to wrap your head around, it took me a few years personally). My discord is Bread #5505 if you wanna chat about this further. If not, I do look forward to seeing what's next. 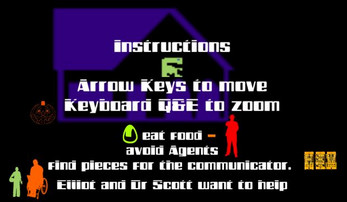 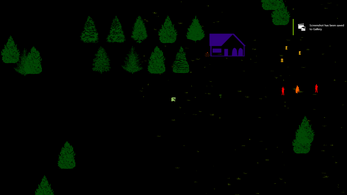