The developer has not uploaded a game yet...

Oct 5th.. made several improvements.. made the "atomic furnance" a little more reliable.. now it should "vent" at around 5000.. later, if it ccant vent it'll blow up.. or something... still no way to leave Earthspace..  gonna spend a couple days doing a ludum dare and Game Jam of the Week 177, then get back to this.  I updated the version on the Dropbox link too, even though the date on the name is still the game

Oct4th.. unfinished and unsubmitted to the jam.. I couldn't get into the "crazy golf" theme, and I couldn't get Mars and Deimos (which had the mini golf course on it) done in time.. so what still needs to be done is a way for the Player to get to Mars space from Earth.. and a way for the Saucer to pick up Crew.. I've got a test crew person on Luna for that reason..

Intsructions
Arrow Keys Left and Right to Rotate
Up arrow to open the Rocket Motors..Rocket Motor Thrust is dependant on "Atomic Furnance: Value..

Down Arrow for Full Stop..

P7-E hasn't had any weapons installed, that's why no crew came during the attack.. .

episode .58a
Alarm after alarm goes off during the general quarters alert inside the hidden hanger of one of Earth's many floating cities. General Quarters, muses the Computer Brain aboard Rescue Saucer P7-E, means the crew must return to the ship.. but the crew has not returned to the ship... Little does the P7-E realize the crew is stranded on Deimos with no way to return to Earth during the attack

Made for Game Jam of the Week.. and I was going to go for a "mini golf in space" game, trying really hard to work within the gamejam theme.. and I almost got it all working, but then I got sick and just started making excuses.. I think this week has been a washout, except, that I did learn alot, and I made the basics of some crew for the game, and have an idea of how to do interiors.. Watch out.. your engines can now be destroyed if they hit anything at all.. and there's no way yet to call in a rescue saucer for yourself... thanks for trying the game. 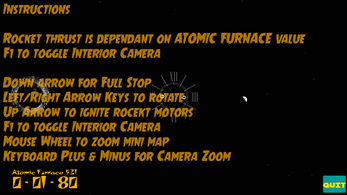 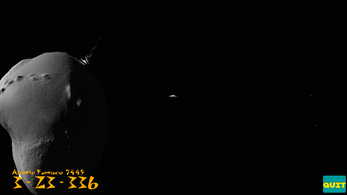 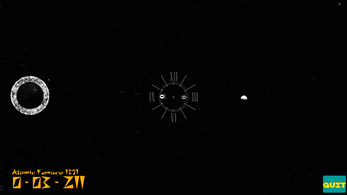 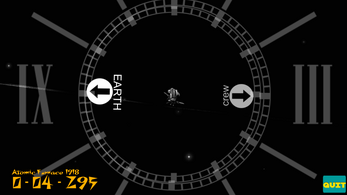 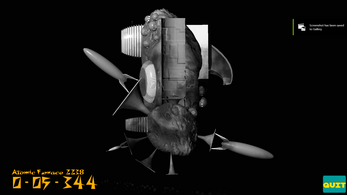 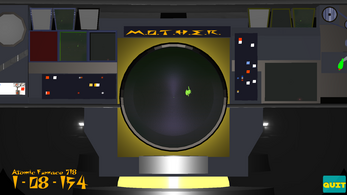