Work in Progress..  (untested and not balanced)

Player starts out as a "mutant" near a planet's moon by the alien UFO.. which makes a good shield from all the laser fire coming from the planet.. There are 20ish randomly spawned cities on the planet, and these spawn humans ever few seconds..  Landers want to chase after humans and turn them into mutants.. Mutants want to visit cities and shoot at the DEFENDER.. Player also shoots, but it's randomly, and the target is decided by the "hive mind" on board the saucer..  IF a human lands on the saucer, they are supposed to "Jeff Goldbloom" it (it's a feature, not a bug), but more likely than not they get knocked way outta orbit...  not perfect, but better than my last one.

I didn't get in everything that I wanted to.. but I learned a lot about coding AI.. I"m happy with the project.. and I'll put a link in the comments to the Unity package, if anyone wants to take a look at giving the game some proper gameplay.... I got the basics in, but that's all.. I don't know how to give the player more than one life, yet

Oct 10... Still have 24 hours left on the Game Jam.. A lot is done.. I do not have any kind of scoring system.. and the game abruptly ends when the Player is shot, because I don't know how to give the Player more than one life..

I had to kill rotation, I hope temporarily, on the Player, because it was casuing a bug that I couldn't figure out.. I was hoping to explore the whole life cycle of these invaders, from "lander" to "Mutant", etc.. but I was having major difficulties there...

Defender now kills stuff, and Player is sent to a Game Over screen (from which, at the moment, there is no Return.. so ESCAPE quits game..  and.. the Player still doesn't shoot..

Oct 8.. updated.. still a solo project so far.. which means the game is full of "artist's code" and could be a lot better... Like.. me not being a coder is why the Defender can't turn Left yet in the game..  and there are a few bugs and one crash that I can't figure out yet..

October 7.. the Defender now fires.. but the shots are harmless.. the Lander can now turn into a Mutant.. but still doesn't fire.. No score.. or end.. but you can fly around and scoop up humans!

Player gets points for collecting humans

Defender moving and shooting and death

If anybody would like to take a look,  maybe offer some improvements.. or just make the gameplay interesting, here is the Unity package for the game... **warning** project is full of "Artist's Code"

nice work, I could do the code for you if you need any (-: 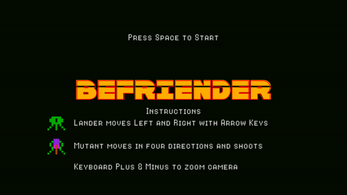 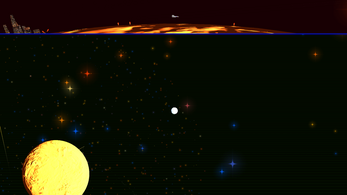 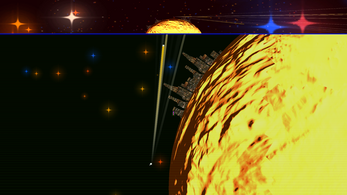 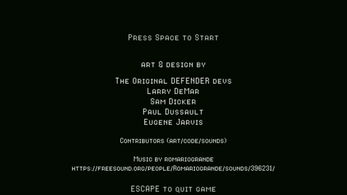 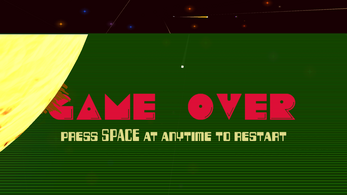 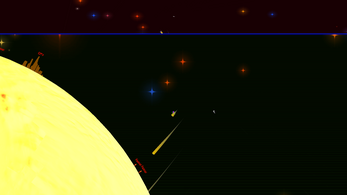 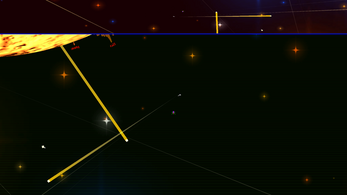